As an Amazon Associate, I earn from qualifying purchases.

As we’re tying up the loose ends of our life in London, it’s time to face the list of outings we’d meant to take — just assumed we’d get to — and didn’t.

At the top of that list, a mere hour’s train ride from central London, is the bustling beach town of Brighton. It always seemed so easy to go, so we never actually did it. Until last weekend. Three quarters of us got there, anyway. The other spent the weekend with friends in Worcestershire. Like the sauce, except a town. Everybody wins.

As committed, if recently absent, members of the Jersey shore community (New Jersey, that is, which I used to think was obvious), we felt a little like we knew Brighton before we got there.

Home of rowdy hen and stag parties, carnival rides on the pier, chilly Atlantic water — this is the beach language we speak. I swear that’s the same horse’s ass that rides by on the carousels across the Garden State. As Cope noticed, though, this one rides clockwise.

That’s England for ya. Just when you think it’s the same, it’s different.

Before we left London for the weekend, I asked an English friend whether they use the term “honky-tonk” to describe the kind of environment we’d expect to find in Brighton. She said, “No, we don’t,” and then five slow seconds of dead silence elapsed.

So I guess they don’t. And I guess I’m kind of an idiot.

All I know is we use that term in the states — or at least my mom and I do — and we’re right about Brighton. Along the beach, it’s as honky-tonk as it gets.

Except you can also sit on the rocky shore and look out across the English Channel hoping to catch a glimpse of France. That’s not something we offer at the Jersey shore.

And that’s England for ya, too. Just when you think it’s tacky, it’s still like a thousand years old and totally, stunningly elegant.

Brighton is also known for having a thriving vegetarian and vegan food scene, and it didn’t disappoint. On the short walk from the train station to the beach at lunchtime, we stumbled upon the tail end of a street food festival with tons of vegetarian and some good-looking vegan food. I wanted to take a photo, but I was too hungry. And I wanted to link to it, but I can’t find any evidence of it online. There’s some chance it was a mirage, but I don’t think so.

For dinner we really enjoyed our visit to Brighton’s oldest vegetarian restaurant, Food for Friends.

The food is fresh and interesting and also quite rich. They really like their sauces, and the dishes that aren’t vegan definitely celebrate cheese. But hey, so do I. Especially when there’s a nice cocktail menu to help wash it down.

The restaurant is housed in a beautiful building that’s like a toy replica of Manhattan’s Flatiron. The interior decor is cozy but modern and pretty, and the staff is friendly and welcomes children.

They even have a spot-on kids’ menu, and let me just say that I’m very glad I got to steal a few bites of the macaroni and cheese, which was made with as much care as the rest of the food.

Food for Friends has lots of quirky-cool neighbors in The Lanes, a historic district that’s now full of a wide range of shops, from antiques to jewelry to indie home decor. Also a few chain stores, though refreshingly few. We spent a nice hour or two walking along the winding streets in that area.

As for places where I’d actually want to buy something (or, let’s say, everything), there’s England at Home — actually two shops across the street from each other, both full of cheeky and retro home decor — and Workshop, which makes simple and functional home goods look like sweet, sweet candy for grownups.

You could buy some lovely stoneware or porcelain to hold your actual sweet, sweet candy for grownups. The kids wouldn’t think to look in there, so you could hoard it all and look all chic and aboveboard in the process. Just a suggestion.

And just when you thought you were getting a handle on Brighton, let me throw in the Royal Pavillion.

Once a beach house for the royal family, it’s referred to as a “magnificent royal pleasure palace” and apparently boasts the largest collection of chinoiserie in England. Both of which are things I tend to run screaming from, but lots of people seemed to be psyched to pay the 11 GBP entry fee that entitles you to take zero photographs inside the premises. So maybe you’d like it.

Meanwhile, on the beach…

As for us, we opted for the beach where we could get our hot diggity dog on. Or more accurately, our kinda-freezing-for-June diggity dog.

It made us happy. And no matter which side of the Atlantic you’re on, that’s all you can really ask for from a beach town.

Welcome! I’m Carolyn Gratzer Cope, and Umami Girl is your guide to a life well-lived. UG is a lifestyle site for curious, thoughtful women who seek to make every day a little special and have a great time doing it. We're brimming with real talk about the things that matter most — family, food, home, and adventure — and I hope you'll love digging in. Read More… 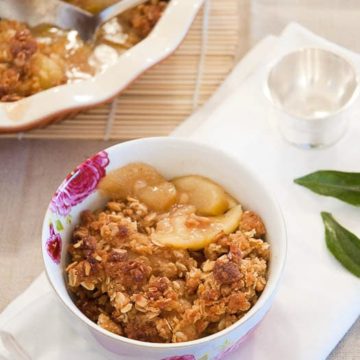 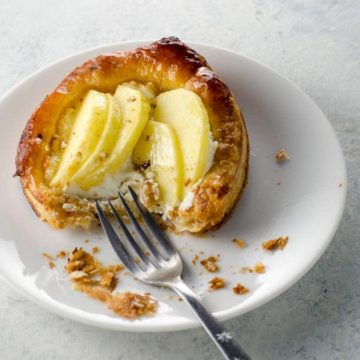 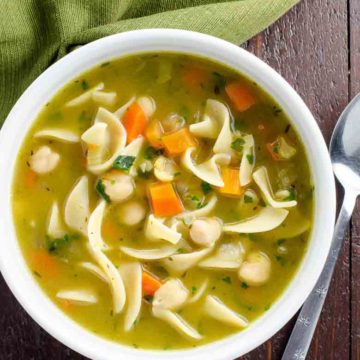 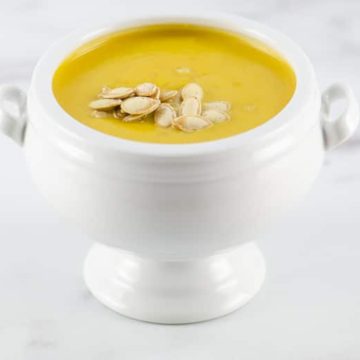