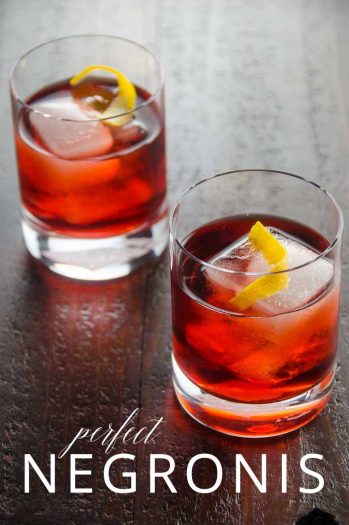 Sometimes reinventing the wheel is fun. Other times, you just want a classic cocktail. If you ask me, the Negroni is a perfect drink. It's stiff, bitter, a little bit sweet and a little bit herbal. It's a gorgeous, party-dress red, and it hails from Italy. What could be better? 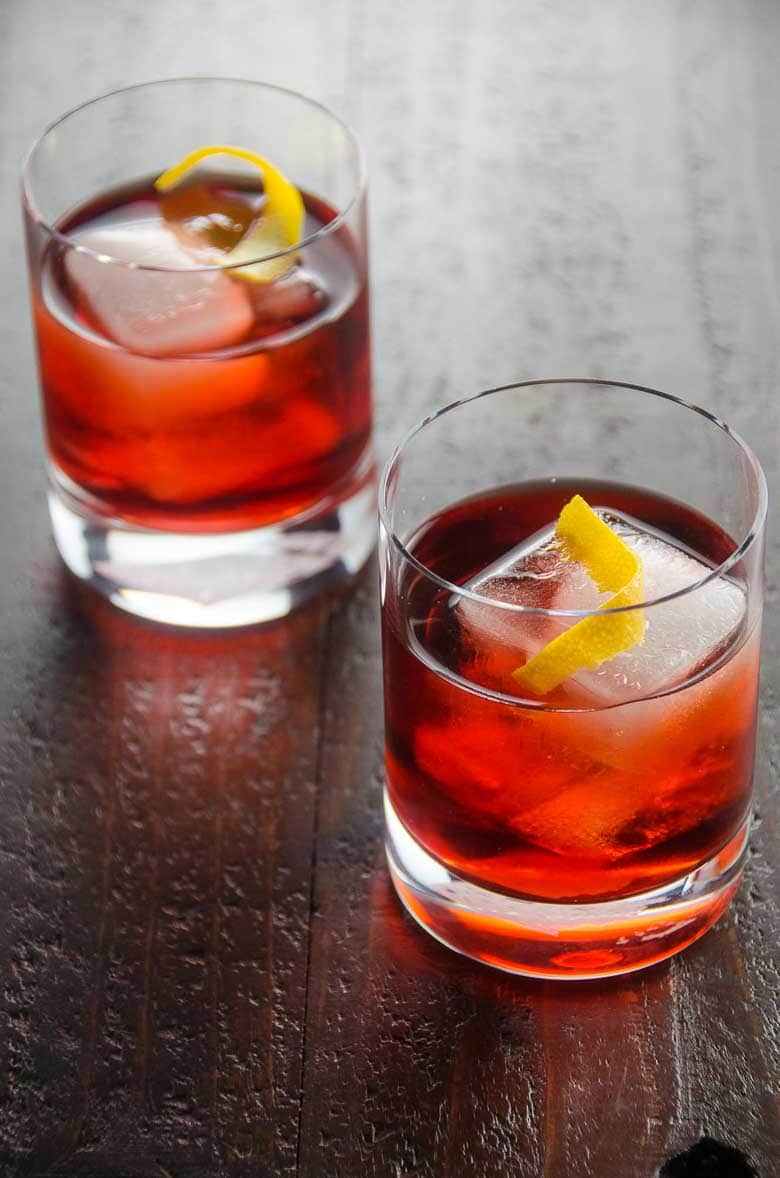 Looking for something equally beautiful, equally bitter, but a little more day-drinkable? How about the Americano?

This is an easy one. A Negroni is equal parts gin, Campari, and sweet vermouth (vermouth rosso), garnished with an orange twist. You can serve it straight up in a cocktail glass, but we prefer the slow melt of a large ice cube in a single old fashioned glass.

You’ll find variations on the theme, but none will be as good as the original. (How’s that for a firm point of view?)

Oh, you guys. A Negroni tastes like the perfect strong cocktail. It’s balanced like a ballet dancer on pointe. Good gin contributes bracing strength and herbal notes. Campari is bitter and herbal and a little astringent and in competition for the title of my favorite child. A good sweet vermouth (vermouth rosso) does have sweetness to it, but it also tastes of bark and spice and has a little bit of acidity.

You have kind of a lot of questions, don’t you? I don’t have a strong personal preference on this topic, so I went researching a bit online to see what others say. What I found exceeded all expectations.

A few years ago on his site Drinks and Drinking, Jason O’Bryan, a San Diego-based bartender and writer, nailed it. (Pun totally intended. Wait for it.) He said,

“I get it, no one looks for the best Negroni because saying ‘best Negroni’ is a little like saying ‘best orgasm’ — yeah, there are shades of difference there, some better than others, but even a terrible one is still better than almost everything else in the world. But. If you could have the best one every time, wouldn’t you?”

Jason O’Bryan, it’s hard to argue with that.

It’s also hard to argue with the meticulous, if limited, taste testing that follows that statement. In the end, O’Bryan prefers Tanqueray gin and Cocchi Storico Vermouth di Torino, and I can’t argue there, either (though as I said, I’m basically happy with any Negroni in my hand, ahem). We often have Bombay Sapphire in the house, and recently I’ve been drinking down a bottle of Drumshanbo Gunpowder Irish Gin that was sent to me as part of a sponsored post for Vermouth last year. They’re all different. They all work.

Who invented the Negroni?

As with many classic cocktails, the precise origin of the Negroni isn’t known for sure. But here’s the oft-cited rumor:

The Negroni was invented in Florence, Italy, circa 1919, at what was then called Caffè Casoni and now goes by Giacosa Caffè (or Caffè Cavalli, since Roberto Cavalli restored the café in 2002 while opening his clothing boutique next door).

Count Camillo Negroni wanted a stronger version of his favorite Americano, and bartender Forsco Scarselli complied, swapping in gin for the soda water (and an orange twist for the lemon twist).

Is a Negroni a digestif?

Nope, it’s an aperitif, meant to be sipped before dinner to stimulate your appetite. Its balanced, bitter profile does the trick.

What to eat right now: Cooking smart, happy, and safe at home

How to Make a Frittata + The Best Frittata Recipes

Place the vinegar, oil, sugar, salt, and a few grinds of pepper in a large bowl and whisk to combine.

Slice the cucumbers into thin 1/8-inch-thick rounds. Place them in the bowl, add the chives, and toss to combine. Cover and refrigerate for at least 30 minutes or overnight to allow the flavors to meld. Taste and season with salt and pepper as needed before serving.

1. Whisk together the first 6 ingredients in a large bowl.

2. Spread a rimmed (18×13-inch) half sheet pan with the tablespoon of olive oil.

3. Dunk the salmon in the miso glaze and arrange along one edge of the baking sheet.

4. Next, toss the asparagus in the glaze and arrange in one even layer in another corner of the baking sheet.

5. Finally, toss the bok choy with the remaining glaze and arrange in a pile in the open space on the baking sheet (don’t worry about piling it up a little—it will help them steam and cook through).

6. Roast in the oven for 12 to 15 minutes, or until the fish is firm to the touch (if you’d like a little more color on the salmon, broil it for 2 minutes at this point).

7. Remove from the oven, garnish with sliced scallions and sesame seeds, and serve.