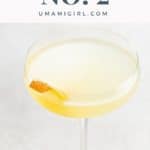 The Corpse Reviver #2 is one of the best-tasting classic cocktails out there. Gin, Lillet blanc or Cocchi Americano, Cointreau, fresh lemon juice, and a dash of absinthe combine to make a strong but smooth and balanced cocktail recipe. Find all our cocktails here.

Here's a weird fact: part of the appeal of some of our favorite classic cocktails is that they're not a thing you easily fall in love with on the first sip. Love for a dirty martini, for example, or a Last Word, feels earned. There's something wonderful about a love like that.

A Corpse Reviver No. 2, though, is easy to love. It has so many of the same sophisticated elements of those other cocktails — and a dash of absinthe, to boot — and yet it's utterly drinkable from the get-go.

The Corpse Reviver No. 2 is part of a series of strong cocktails created in the mid-1800s (and expanded and riffed upon over time, as one does with classic cocktails) to revive bar patrons the morning after a particularly rough night. It's basically undisputed that the No. 2 is the tastiest of the bunch.

Though initially prescribed to be drunk before 11 a.m., we much prefer this cocktail (and look, basically all cocktails) in the evening.

Here's all you need to make this classic cocktail.

*Cocchi Americano is more bitter than Lillet blanc and therefore more similar to Kina Lillet, an original ingredient in the Corpse Reviver No. 2 which is no longer produced. For whatever reason, it's often impossible to get where I live. If it weren't I'd tend to use it over Lillet blanc in this cocktail, even though Lillet blanc is wonderful too.

How to make a Corpse Reviver No. 2 cocktail

Here's how to make this cocktail. You can see all the steps in action in the video that accompanies this post.

Absinthe is an anise-flavored spirit made from botanicals including wormwood, green anise and sweet fennel. Wormwood (a.k.a. Artemisia absinthium) is an herb that's been used in traditional medicine for centuries.

There may be no spirit with a more storied history than absinthe. It was introduced in France in the 1840s and was quickly steeped in mythology. Enthusiasts touted the "Green Fairy" for unlocking creativity, while naysayers convinced themselves it led to madness.

Absinthe is strong, at up to 74% ABV. (Two of today's most common brands ring in a little lower: St. George at 60% and Pernod at 68%.) And wormwood contains thujone, a chemical compound that is toxic in large doses. (So do sage, tarragon, and coriander, for reference.) But tales that absinthe causes hallucinations and leads to insanity are purely apocryphal.

That didn't prevent absinthe from being banned in the United States and much of Europe for almost 100 years, from the early 1900s until recently (2007 in the U.S.).

Lucky for us, it's back.

You can read more about absinthe's history, politics, and chemical composition here and here.

Cointreau is a 40% ABV orange liqueur made from a secret formula containing sugar beet and dried orange peel. It has been produced in Saint-Barthélemy-d'Anjou, France since 1875. It's a component of many well-known cocktails from margaritas to Cosmos, and is also popular by itself as both aperitif and digestif.

Cointreau is a beautifully balanced, versatile, and very likable product.

Ready for something confusing? Cointreau is a triple sec, meaning it's in the subcategory of orange liqueurs which, as distinguished from curaçao, is less sweet and is made in France. ("Sec" means dry in French, and no one quite knows where the "triple" comes from.) Cointreau was originally called Cointreau Triple Sec.

When lots of other companies started producing lesser-quality triple secs, Cointreau wanted to distinguish its superior product, so it dropped the triple sec from its name.

These days, "triple sec" is commonly, a little bit sloppily, used to mean orange liqueur in general, and can connote both lower quality and lower alcohol content.

Lillet blanc (say lee-LAY) is a French aperitif wine. It’s made from Bordeaux grapes, aromatized with herbs, spices, and citrus, and fortified (to 17% ABV — stronger than wine, but gentle for a cocktail ingredient) with macerated fruit liqueurs. It’s similar to vermouth in those respects. In fact, I once heard a NJ bartender refer to it as “French vermouth,” which might make any sense at all if a large portion of actual vermouth didn’t come from France.

Not too sweet, not too bitter, Lillet blanc is great on its own over ice, and it also makes an amenable cocktail ingredient.

Cocchi Americano (say KOHK-ee, like COKE-ee but without the diphthong) is also a fortified, aromatized aperitif wine. It's been made in Piedmont, Italy, since 1891 from Moscato d’Asti wine steeped with bitter orange, gentian, wormwood and cinchona. (Cinchona is also the source of quinine.)

Drink it neat or on the rocks, or use it as the modern world's closest approximation of Kina Lillet, the original ingredient called for in the Vesper and the Corpse Reviver #2.

Previous Post: « The Colt's Neck: An Apple Brandy Cocktail
Next Post: How to Make a Margarita on the Rocks » 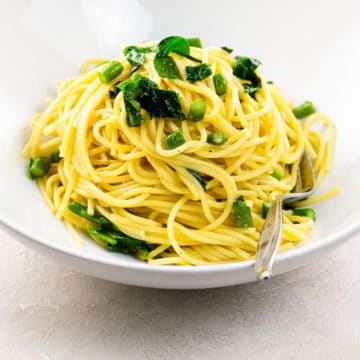 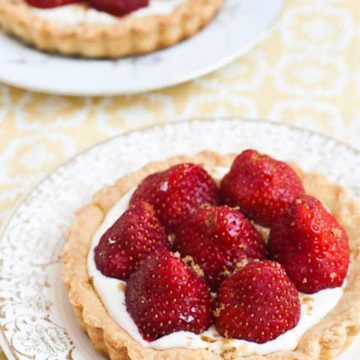 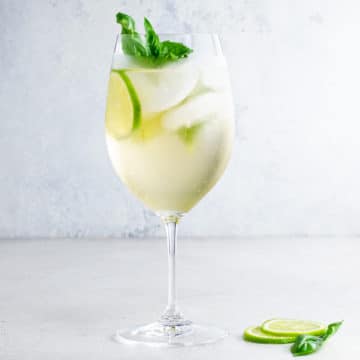 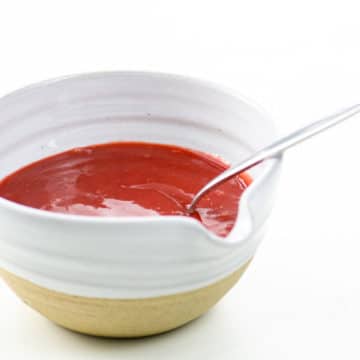