Real talk: Cranberry sauce will never be my favorite part of the Thanksgiving meal. As a Jersey girl, though, I have a certain innate respect for cranberries. As with Bon Jovi, pharmaceuticals, and big hair, a Jersey girl's appreciation for cranberries is not so much about tradition as it is about a vague, ever-present fear of extradition should it come to light that you had ever spoken ill of them in your travels. 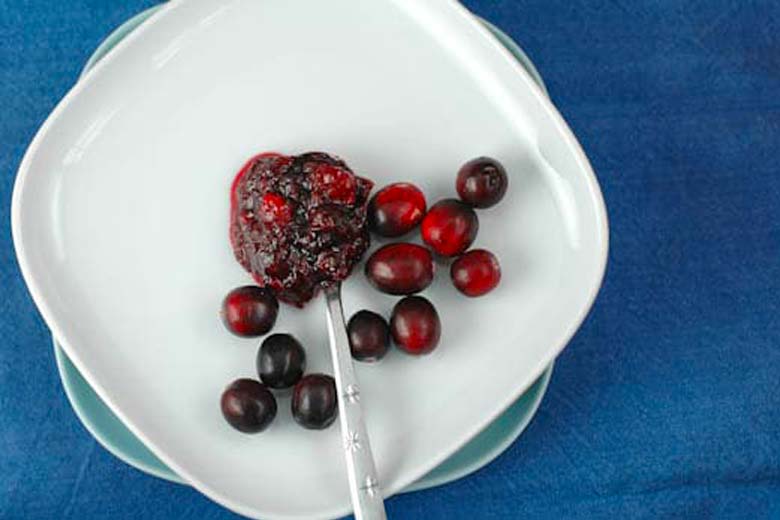 Why make a mere cranberry sauce when you can make a cranberry chutney?

Because I regard cranberries with at least as much respect as love, the ruby-colored condiment at our Thanksgiving table this year will be a fairly regal version.

For starters, it's a chutney rather than a mere sauce. It's studded with raisins and perfumed with ginger, cinnamon and cloves. It comes from the now out-of-print Williams-Sonoma Complete Entertaining Cookbook, which is classy as hell, though don't take it from a Jersey girl.

Because of its relatively high concentration of oranges and sugar, it shows off cranberries' good side while protecting you from knocking yourself over the head with them (just like big hair would do, but I bet you already saw where I was going with that).

And best of all, it will keep for at least a week in the fridge. So make it today, put it aside and spend the next three days getting geared up for stuffing and mashed potatoes with gravy.

We'd love to see! Tag us on Instagram at @umamgirl. We'll reshare our favorites.