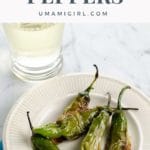 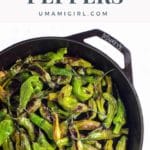 This quick and incredibly easy shishito peppers recipe is great to nibble on with drinks. It's one of the best tapas out there and one of the few that's truly simple to make at home. Padrón peppers work perfectly too! And don't miss the amazing dipping sauce.

Ugh, you guys. This recipe. It's the little black dress of appetizers. Easy. Classy. Versatile. And just so good. These peppers:

Bonus: Part of the fun of this recipe is that shishito and Padrón peppers, while mostly quite mild, are intermittently spicy. They come with a built-in game of roulette. It's not just an appetizer. It's an activity.

Here's what you'll need to make this recipe. It's not much!

How to make this shishito peppers recipe

Here's all you need to do to make this charred shishito peppers recipe. You can see all the steps in action in the video that accompanies this post.

Shishitos and Padróns are cousins who grew up in different parts of the world.

Shishitos are from Japan, where apparently they were named because their ends look like lion heads, though I can’t say I quite see it.

Padróns are from their namesake region of Spain and are generally a little fatter than shishitos.

These peppers are just the right size for a bite or two, and you can eat the whole thing except the stem, which serves as a perfect little handle. They’re generally pretty mild, though part of the fun of eating them is that you’ll occasionally get a pretty spicy one and need to take an extra swig of your drink.

People claim that Padróns are more likely to be spicy, but I can’t really confirm this based on my own experience. The shishitos I cooked up for these photos were consistently on the pleasantly warm side, and I suspect there are enough varieties of each kind of pepper on the market these days that it’s all a bit of a delicious gamble.

Some are a little hotter than others, which makes it fun.

Where can I buy them?


Happily, these peppers are becoming more and more available in American supermarkets. Trader Joe's and Whole Foods both carry them frequently.

If you're into gardening, they're also very popular to grow.

How long can you keep shishito peppers?


Good news here too. They'll last raw in the fridge (in the perforated bag they're sold in) for up to two weeks.

When cooked, this recipe can keep for up to a week in the fridge, though I've never seen them stick around that long.

These peppers make a fantastic finger-food appetizer, either alone or in combination with other dishes like miso deviled eggs and chili salt edamame.

If you're feeling mildly ambitious, you could pair them with sushi. Or try a vegan sushi bowl or a poke bowl for an easier riff on the similar flavors. 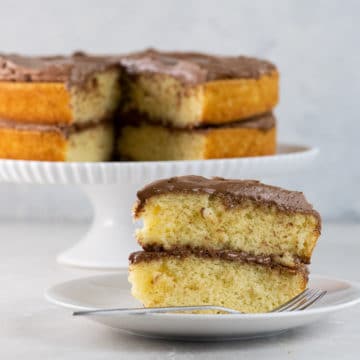 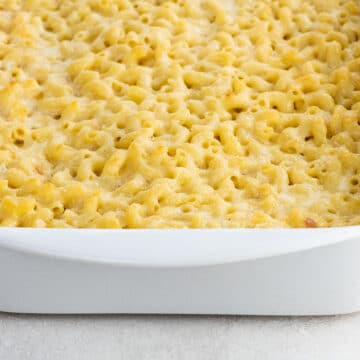 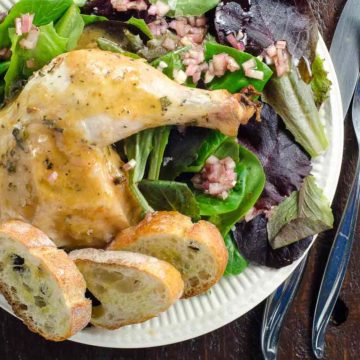 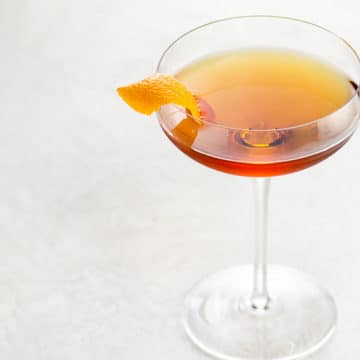