Carolyn talks about finding the perfect gift at the Jersey Storytellers Project in Asbury Park.

On Wednesday evening I had the opportunity to participate in a fun, if slightly nerve-racking, event as part of the Storytellers Project. Through this project started by journalist Megan Finnerty, the USA Today Network organizes regular live storytelling evenings in 27 cities across the country in an effort to bring communities together.

Listen to a rehearsal recording or read the written version of my story below, and you can learn more about these events here. Maybe you'll join!

It’s early Christmas morning, 1985, and I’m 9 years old. I’m auditing the wrapped presents at the bottom of the tree. I’m single-minded like only a fourth grader with no worldly responsibilities could be. The window closes forever on that kind of focus when you hit fifth grade and become the most responsible kids in the school.

But this morning, my only job is to keep my shit together until I know for sure whether one of these boxes contains my new backpack. Way back in early October, I got my hands on one of those old-school mail order catalogs that eventually got used as kindling to start the Internet.  Flipping through the pages, I fell instantly and totally in love with a solid blue Jansport. It was the most regular backpack you’ve ever seen, made of that kind of awkwardly shiny parachute material that’s supposed to be waterproof but is definitely going to soak up all the dirty melted snow from the bus floor on your first day back at school.

If you Google 1980s vintage Jansport and look for the least special one, that was it.

I have never wanted anything so much in my life.

I’m filled with dissonant emotions. There’s raw desire, bordering on greed. It’s tinged with guilt, because it’s Christmas, and even though I don’t know fractions yet, I can feel that almost half the seven deadly sins are wrapped up in how much I want this backpack.

And then there’s this more complicated thing hovering below the surface. This kind of deep, preemptive sadness, like I’m inoculating myself against the possibility of disappointment. What if I don’t get this object of my every desire? What if tearing out the page from the catalog and stapling it to the Christmas list that had 1. BACKPACK in capital letters at the top wasn’t enough self-advocacy? What if it was enough self-advocacy, but no one cares?

Even at nine, even on Christmas, I am not prone to magical thinking.

I am not that much fun as a child.

To this day, those 12 weeks of backpack lust make up the longest period of time in my whole life. The slow march from Halloween to Christmas is excruciating. It never occurs to me to think of it as a luxury.

Now it’s midmorning on Christmas, 1991. I’m 15, a sophomore in high school. Harry Potter won’t be written for another six years, but I am basically the prototype of a dementor, sucking the peace, hope, and happiness from the air around me. Nothing is good enough for me, and I hate myself for it, but not as much as I hate everything else. For Christmas I would like a boyfriend, or if I haven’t been nice enough this year to get a boyfriend, then maybe I would like a vibrator. But I don’t write this down on my list. I am not the ideal daughter to buy presents for this year.

How not to accept a gift

Instead, I start to giggle, and the giggle turns into a belly laugh, and I can’t control it. My mom looks a little bit sad, and a little bit angry, and the color drains from her face. I know this isn’t the right reaction to a gift, even a Scherenschnitte, and I hate myself for that, too, but there’s nothing I can do.

Inside that laugh is layer upon layer of the most uncomfortable things in the world. The profound sadness of the wrong gift, the awkwardness of misplaced kindness, which is so much worse, the more the gift-giver cares. The loneliness of being misunderstood. On top of that, my mom is Italian-American, and I’m an Italian-American Virgo, so literally nothing bad that’s happened between us has ever been forgotten.

There's no German word for that

I’m 15, and I have no idea who I am. It will still be three more years before I go to college and boldly change my name from Cah-rolyn to Ceh-rolyn. What I need from this $20 German paper craft is for someone to show me the way forward while making me think it’s my own idea. And possibly also a ravaging orgasm. I don’t think even the Germans have a word for all that.

But I don’t know that’s what I need. I feel like I need for time to speed up. For the next three years to just go up in flames from the friction of it all, until I can do my own thing.

And it kinda does. Now it’s late in the evening, Christmas 2010. I’m 34, but who cares. I’ve got a great husband and a great house and two great kids, and none of this is news. At 34 I’ve recently decided to start calling myself middle-aged in a vaguely ironic way, so that entering middle age for real will feel more like a slow, controlled glide path and less like waking up one day, looking in the mirror, and thinking, Fuuuuuuck.

Because time goes by fast now.

Our friends have just left. We don’t usually invite friends on Christmas, but I’m trying to fill the hole left by my dad’s recent death.

The family is winding down after a long day, and my sister, who always has the perfect words for everything, says, “That was the best worst Christmas ever.”

And here’s what she means. This Christmas I’m doing one of the things I’ve gotten really good at doing, which is staying very busy making things beautiful and cozy and fun — creating special spaces for other people to inhabit. It’s a nice thing to do, and it’s a thing that a lot of women seem to do, and I’m kind of especially good at it. I’ve been doing it for years. I’ve built a whole business around it.

But I know that part of the reason I’m doing it, is that it’s an elegant way to avoid having to fully inhabit the space of my own feelings.

This has become a bad habit, and I know that too.

Just like when I was nine, and afraid I wouldn’t get that blue backpack, it’s an inoculation against possible disappointment. When you're nine and just learning how to do life, maybe this is fine. But when you’re approaching middle age and time is flying by, it's a kinda sucky way to live.

How to be at peace

When my dad was dying, at only 65, I asked him whether he was angry, or felt cheated, that he hadn’t had more time. He was truly mild-mannered, but to that he answered, “No, Carolyn! I’ve had a great life. I have a wonderful family and I had a great career, and I’ve been very lucky.” At the time I felt a little reprimanded by that answer, like one of the last things he would know about me is that I didn’t really get it.

But I’m glad I asked, because it forced me to try to understand how he could be so at peace. I never got to confirm this with him, but I think a big part of it was that he figured out early on how to really use the time he had, and how to fully inhabit his own life, on his own terms

I needed to get better at that.

So how’d it go, Carolyn? Carolyn.

Well, I did get that blue backpack. And I wish I could say that it taught me some kind of important lesson about materialism. But god, I loved that thing. Looking back, it was clearly my first real boyfriend.

I still haven’t embraced Scherenschnitte. I still haven’t quite forgiven myself for ungracious way I handled that gift. And maybe not surprisingly, it took quite a while after that to find my second real boyfriend.

And I still miss my dad.

When I turned 40 a couple years ago, I decided it was time to start doing a better job figuring out the balance between feeling and functioning. I think one of the hardest things about being a person, or at least an Italian-American Virgo, is keeping yourself open to genuine excitement and real, unmitigated feelings, without letting them wreck you. Embracing the process without getting too attached to the outcome. Going after the backpack like your life depends on it, but knowing you’ll be okay if you don’t get it.

And the thing I know for sure now is that there’s a simple, if not always easy, way of avoiding that terrible cocktail of Scherenschnitte feelings caused by giving or receiving the wrong gift. And it’s this. Whenever possible, give your time. Show up for others and for yourself. Once we’re over 15, there’s not a lot we can do to slow time down, but is one thing we can do, and it’s to share it. 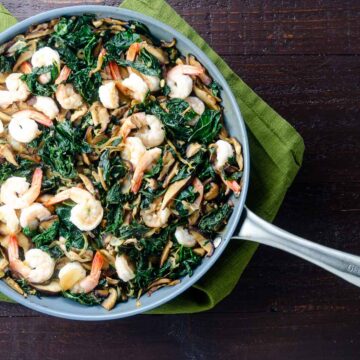 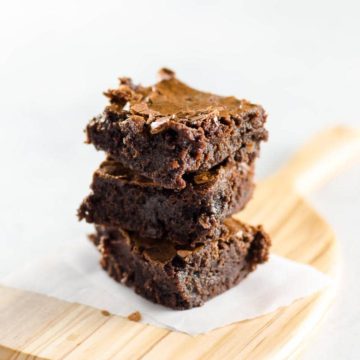 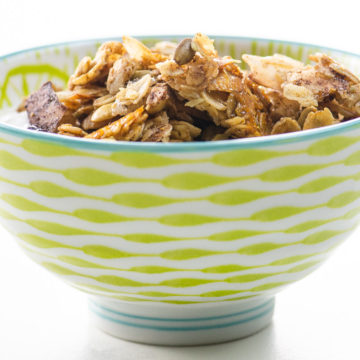 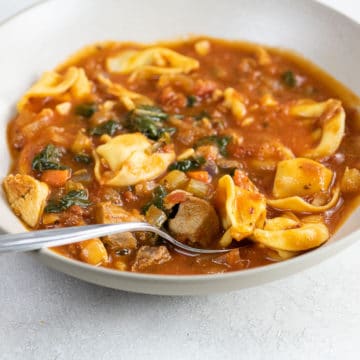