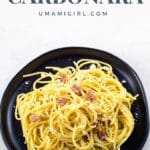 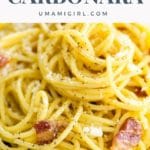 Spaghetti alla carbonara is classic comfort food at its best. Learn our foolproof techniques for turning a handful of basic ingredients into pure magic.

It doesn't get much better for comfort food than spaghetti alla carbonara. It's quick to make from ingredients that are easy to keep in the house. And it's quite easy once you master a couple of simple techniques. We think of carbonara almost like grown-up mac and cheese that also appeals to the kids. Sometimes it's just exactly what you want, and there's no negotiating.

How to make spaghetti carbonara

Here's the thing about this recipe. It's basic and simple, and you'll totally master it, promise. But it can seem intimidating the first couple of times for two reasons.

First, it's important to get the timing right so that all the elements will be hot at the same time. Second, you don't want to scramble the eggs. Our method makes it easy to avoid that common pitfall.

Here's how you'll make a great batch of spaghetti alla carbonara. You can see all the steps in action in the video that accompanies this post.

American bacon vs. guanciale vs. pancetta

Look, you guys. All of these fatty cured pork products are delicious, and they all work just fine in spaghetti alla carbonara. You can choose which one to use. Here's the deal.

Guanciale is the most traditional choice. This is pork cheek/jowl and is cured but not smoked. Buy it in slab form (not rolled) for carbonara.

Pancetta is pork belly just like bacon, but it's cured without being smoked. Here too, buy in slab form rather than rolled for carbonara.

If you use American bacon, choose a very thick center-cut of good quality. It's pork belly, and, as you probably know, is smoked (at least in the United States). We tend to use bacon for our spaghetti alla carbonara, because we usually have it in the house, and carbonara is nothing if not impulse comfort food.

I'm not sure why, but some Americans seem to expect cream in a carbonara recipe. There isn't any. The creamy sauce is produced by the cooking technique and has quite different characteristics from a cream-based preparation.

Protips for this spaghetti carbonara recipe

If you remember just two things about making spaghetti carbonara, you'll be successful every time.

What to serve with carbonara

No shame if you want to make a big bowl of this pasta into an unaccompanied meal. But if you'd like to round it out, try some greens tossed with our perfect balsamic vinaigrette or a simple massaged kale salad. And don't forget a glass of wine.

Traditional spaghetti alla carbonara uses guanciale, which is cured pork jowl/cheek. Unlike bacon, it's not smoky. It's sold in both rolled and slab form. If you would like to use it for this recipe, buy it in slab form and dice it. You can also use pancetta, which, like bacon, is from the belly of the pig — but unlike bacon, isn't smoked.

« The Corduroy: A Rye and Cardamaro Cocktail
The Colt's Neck: An Apple Brandy Cocktail » 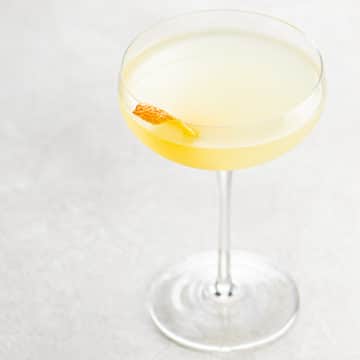 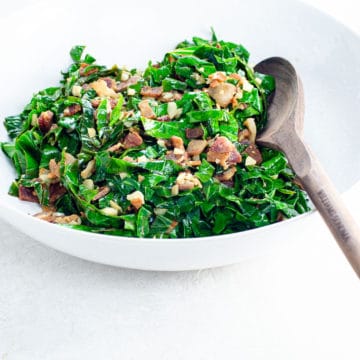 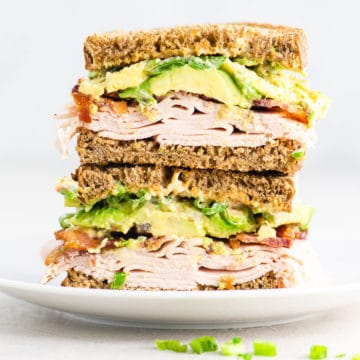 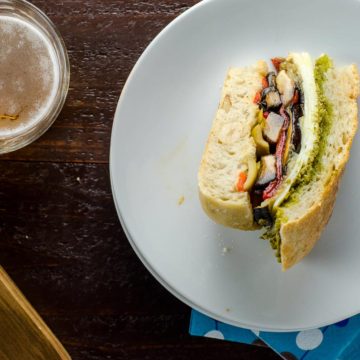